Author's Note:
This article was published on KSL.com in June, 2012. I thought readers of this blog would be interested in the relevance to pop culture and its influence on the motion picture industry.

SALT LAKE CITY — It’s official, apparently. The movie “The Avengers” has broken all box office records, making it the all-time, most popular movie. Audiences are blown away by the action-packed battles between good and evil, and between the egomaniacal characters themselves.

So, why all this escalating interest in comic book heroes and primeval gods? How did fantastic tales of superheroes battling aliens and mythic gods warring with one another as well as chaos monsters grow in popularity to eclipse all other movie genera? 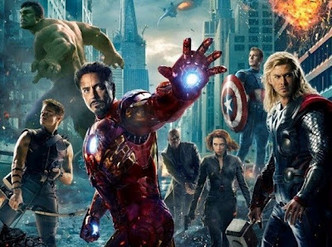 
In the waning decades of the last century, comic book superheroes had nearly disappeared from the cultural milieu, and reading of the Greek classics such as Homer’s "Iliad" and the "Odyssey" had long since vanished from education’s curricula. So why all the renewed interest in a species of entertainment that had all but disappeared in the latter part of the last century?

Looking back, perhaps we can see why and what it says about our day and time.

It’s obvious to all who have dabbled in mythology that these crusaders are modern, technological reincarnations of the cosmic gods and monsters of antiquity. Their quarrelsome, contentious natures — "Transformers" being the best modern example — are obviously derived from their counterparts in ancient mythology. Consider Zeus and his band of misfit Titans, incessantly plotting and scheming against one another when they aren’t actually in open, armed conflict.

While such tales of cosmic chaos, where gods and monsters do battle in the heavens, are universal in ancient lore and cultures worldwide, we get our best glimpse of these interplanetary loners, persecutors and tyrants from the Greek tradition. 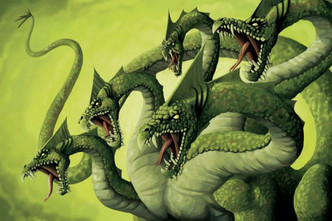 
In fact, the name for the very place where we go today to witness these horrific spectacles derives from the Greek word for goddess, “thea.” The Greeks called the battles of their sky gods “theomachy,” and government by the gods “theocracy.” Thus, “theater” meant a place for witnessing the exploits of the ancient gods. Their adventures were also rehearsed up close and personal in the rites and rituals enacted in sacred precincts such as temples, henges, kivas and pyramids. Each initiate actually participated ritually in the daring acts or missteps of the gods, goddesses and monsters — some few involuntarily, as in the Aztec ritual of human sacrifice.In Greek custom, the traditional clashes of the gods were rehearsed by actors on a stage using the best special effects they could muster. Gods, beasts and monsters entered the stage in elaborate, sometimes grotesque costume. Their special effects included the roaring sound of battle, theomachy, which could be heard as crude mechanical monstrosities such as Hydra, the serpent like monster with multiple heads, appeared as if from out of nowhere to engage the god and demigod actors on stage.

In fact, the very basis for most of our fiction centers on the confrontation of the villain and the hero, a universal theme in ancient lore.

But make no mistake: Though the Greeks’ efforts were crude by our standards, they had no less an effect on ancient audiences than modern technology allows movie creators to inflict on us. The ancients reacted the same way we do: We enjoy it!

While it takes us on an emotional roller coaster and fills us with dread and astonishment, it also fills deep-seated emotional and psychological needs. Any psychologist worth his salt will tell you that they’re a reflection of the uncertain world we see around us and the anxiety we feel as a result. 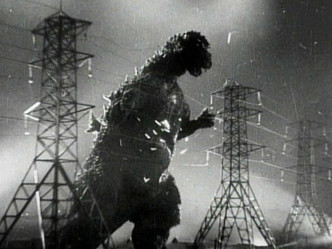 
The comic book versions of these gods, goddesses and monsters, those we called “action heroes,” and the crude science fiction movie genre that exploded onto the big screen in the aftermath of the Second World War alleviated the doomsday anxiety of a generation of Americans that had seen genocide in that conflict and lived under the threat of nuclear annihilation. Their common storyline involved an effort to set right a world threatened by everything from petty criminals to maniacal tyrants to malevolent aliens from other worlds and dimensions.When the heroes in comic books or the silver screen defeated the villains, it was reassuring. The world seemed less menacing, less overwhelming. It was escapism, a subconscious effort to assure ourselves that all could be made right in an otherwise uncertain, chaotic and threatening world.

Perhaps looking at it from the perspective of another culture will help clarify.

In the wake of nuclear events that leveled most of Hiroshima and Nagasaki, the Japanese culture invented Godzilla, a fire-breathing dragon stirred from its tomb by the belligerent behavior of the human race and its abuse of technology. He is the incarnation of the mythic dragons of yesteryear. His more recent silver screen counterparts include the monsters from "Alien," "Predator" and even Hollywood's latest take on the monster from the epic poem "Beowulf."

By extrapolation then, we conclude that the resurgence of this motion picture category in recent years resides in our collective experience, just as it was with the Japanese. So, too, with the ancients, experiencing the problematic nature of the human condition, sought emotional and psychological refuge in ritual sublimation and escapism.

The trigger that spurred the resurgence of heroic and deific cinemas in recent years was the horrific collapse of the World Trade Towers on Sept. 11, 2001, and the struggle to defeat terrorism. Now, our superheroes, gods, monsters, dragons and demigods have emerged once again on the movie screen with a vengeance. And with the impact imparted by computer-enhanced special effects, these hero- based epics are spectacular and action-packed.

This being the case, one may be forgiven for making a couple of predictions.

If world tensions ease, the popularity of this variety of motion pictures will diminish to the same degree. But if world tensions continue or escalate, it will become even more prevalent, popular and graphic. But more than that, the time may come when the pacifying effects of such movies will not be enough. Like our ancestors, if the provocation to re-enact becomes great enough, the urge will be seen in the streets. Modern society will seek ways to inflict this chaos. We will become suffering actors in our own caustic drama.
Posted by Unknown at 1:54 AM 2 comments: