Every Latter-day Saint has read about Kolob in Abraham from the Pearl of Great Price. Many have speculated about it; most have given it little thought. Kolob’s possible location and identity in our universe seems to be the primary focus of such speculation. A careful review of this bit of revealed knowledge in light of the Saturn traditions may prove informative.

In chapter 3 of Abraham, it appears that God reveals to Abraham information about a star named Kolob that is physically located nearest to where he, the Lord, actually resides in the universe. An amplified explanation of Kolob can be found on page 37, opposite facsimile no. 2, the Egyptian hypocephalus Joseph Smith found among the papyri that came into his hands.

The first thing we see upon reading Joseph’s explanation is that some of these terms are authentic Egyptian. This should not be surprising since he gleaned this information from an Egyptian document. The question is: Where did he learn these ancient Egyptian terms? For example, Joseph names one figure Hah-ko-kau-beam (Pearl of Great Price, Fig. 5, p. 37.)

It is reasonable to assume, given his lack of formal training in the Egyptian language, that he first heard the word spoken during a revelation. His rendering of the name is clearly an attempt to write it phonetically (something any of us might be forced to do when attempting to write a word from a foreign language we had only heard spoken), since the hyphenation does not conform to the way the Semitic word is actually written. A more proper hyphenation of the word would have been: Ha-kokab-im. The Egyptian kakab is the word for ‘star.’ Typically written in consonants, without vowels, it is rendered: KKB. Modern scholars choose the vowel sounds that are implied by their use in equivalent words in related modern languages. In effect, they make an educated guess as to the vowel sounds. Thus, Joseph’s kokab (or kokob as it is in Abraham) may be more accurate than the scholarly version, kakab. The preceding ha is a determinative, meaning ‘the,’ and im is a plural ending, the equivalent of the letter ‘s’ in English. Thus, Joseph Smith correctly wrote, albeit phonetically, the Egyptian words ‘ha kokab im,’ meaning ‘the stars.’

As with Kakab, so with Kolob

Kolob continues this pattern. Written KLB, it is clearly closely related in meaning to KKB, kokab. So, Kolob has ‘star’ as part of its meaning, but Nibley and others assert that it is closer in meaning to the Arabic word qalb, meaning ‘heart.’ Additionally, the Arabic-speaking peoples routinely use qalb as part of star names: qalb al-asad for Regulus, for example. The verb form of the word also means to turn upside down, to turn over and over. (This will become more meaningful in a moment.) The Egyptians thought of Canopus as the premier heart-star. Indeed, Egyptians conceived of their creator/king or sun god as having two hearts — the hat-heart was female, Tefnut, and the ab-heart was male, Shu — one within the other, although translators rarely concern themselves with the distinction. Also, Horus was said to be ab en hat, heart of the heart. It is likely that the use of ab in those words is the reason why scholars also point to ‘heart’ as one meaning of kolob and kakab.

Ironically, Shu is also the one “who sits in the midst of the Eye which is the seat of his Father.” Thus, the eye and the heart of the sun god, Re, are virtually synonymous in Egyptian lore, an unexpected and curious association from a modern perspective.

Looking through the Saturn myths

When all this is considered in light of Talbott’s Saturn thesis, we see that Kolob may be simply another Egyptian name for the Saturn/Venus/Mars assemblage of planets during Earth’s earliest epoch. 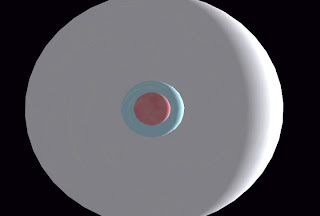 Re/Atum is Saturn. He is the father-god, the fixed, immovable sun god. His hat-heart is Venus, the female goddess who is everywhere in ancient mythology identified as the “eye goddess.” The ab-heart is Mars, the male warrior/hero/child who resides in his father’s eye, the ‘apple’ of his father’s eye. 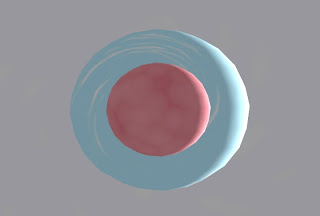 The entire polar configuration was seen to rotate once every 24 hours. Hence, the verb form of qalb, meaning “to turn over and over” is most appropriate. Additionally, the Latin Venus was called Verticordia, the turning or whirling heart.

In fine, Joseph’s declaration that Hah-ko-kau-beam (ha-kokab-im) are stars was accurate. The etymological connection between kokab and Kolob indicates that both have the meaning ‘star.’ Kolob also has the additional meaning of ‘heart,’ as in the Arabic qalb, an otherwise odd association with the word ‘star,’ except in the context of the Saturn myth and the Polar Configuration.

Turning now to Joseph Smith, we can see that what he described and explained in the Pearl of Great Price matches the Egyptian traditions and the Saturn myth.

Joseph’s explanation of Kolob as “First in government, the last pertaining to the measurement of time,” fits Saturn’s ancient role. It was perceived as the primary governing power in the heavens. Everything else appeared to move or revolve around it. While it appeared to fully rotate once daily, it also remained in a fixed heavenly station. Additionally, it was the timepiece par excellence. In the role of Kronos (Cronus), Saturn’s appearance was commensurate with the beginning of time. That is, the ancients had no way of telling time or differentiating night from day until they could see Saturn and its rotating crescent.

What is more exciting is that a reading of Abraham, chapter 3, from the standpoint of Talbott’s polar configuration of planets reveals what was, undoubtedly, the fundamental meaning of the Lord’s explanation. He used Semitic words because that is the language Abraham spoke. He described the original planetary configuration that existed before the Flood because it served to teach Abraham the core truth behind traditional beliefs and practices, as well as provide a teaching tool for spiritual truths, which he expounds later in this same chapter.

In verse 2, we learn that Abraham saw “very great” stars near the throne of God. Ancient Saturn was perceived as the throne of god, if not god himself, in the eyes of the ancients. The other planets, Venus, Mars and the 7 small moons that were seen to orbit Saturn, were called stars. They were the “governing ones” that dominated Earth’s ancient heavens. The name Kolob may well apply, in this account, to Saturn itself because it is referred to as the “one to govern all those which belong to the same order as that upon which thou standest.” Saturn was the apparent ‘anchor’ or ‘governor’ of all the heavenly host in antiquity, including the Earth.

The issue of night and day was very different under those ancient skies. The light that ruled the day was the same light that ruled the night: Saturn. In the period of time we would call day, Saturn was very subdued in appearance, washed out, if you will, by the brightness of sunlight. However, when the sun set, it grew brighter until, at the time of day we would call midnight, it was at its brightest. So when the Lord relates to Abraham that “the planet which is the lesser light, lesser than that which is to rule the day, even the night, is above or greater than that upon which thou standest in point of reckoning,” he is only reiterating what he already declared in verse 3, except that this time he calls this orb a “planet” instead of “star.” He was simply being more accurate in his description.

Indeed, the Lord’s description to Abraham of one planet standing above another until one comes to Kolob answers to the illustration drawn by Joseph Smith, and published by Philo Dibble, of the Earth’s antediluvian state, much better than it answers to the present arrangement of planets moving in distant orbits. (See Volume III of The Prophecy Trilogy, page 119, for this illustration.) Furthermore, it accurately answers to the Polar Configuration of Planets as envisioned by Talbott. (Watch the video here.)

So we see that what was revealed to Abraham was quite different from what most Latter-day Saints believe, yet it serves to further substantiate this author’s thesis that the Polar Configuration, as Talbott explains it, was the actual state of the heavens in antiquity, and that understanding that fact illuminates the scriptures as nothing else.

The word Kolob is a construct of the Egyptian religion, based on the ancient heavens and not a present physical reality. What God revealed to Abraham was actually the order of the planets during the earliest epoch in our solar system, the Patriarchal Age, the time before the Flood known to Egyptians as Tep Zepi, or Golden Age, when our world and the heavens above it were vastly different than they are today. Both Abraham and Joseph Smith used Egyptian terms to describe the images they saw — Abraham saw it in vision, Joseph saw it on the papyri.

It should be gratifying to Latter-day Saints that modern research into Egyptian traditions, myth and legend has given credibility to the teachings and writings of this dispensation’s founding prophet and aided us tremendously in our efforts to comprehend scripture.

This post is utterly fascinating! A consistent point by the author is that all religions and many if not all ancient philosophies can be traced back to the iconic imagery in the skies above earth. I would like to support that claim by two examples separate from Mormonism. First, any one who reads The Emerald Tablet of alchemical fame will immediately recognize "the operation of the Sun" as being perfectly illustrated by the video of this blog. Which indicates to my mind that the philosopher's stone was Kolob, the planetary constellation. Long life was certainly one of the effects that the constellation had on mankind. Which explains why generations of alchemists have sought to recreate the stone in smaller form to enjoy the same or similar miraculous healthful effects. Lead/Saturn being the beginning and end of the Great Work. Second, the baphomet image with the right hand rising and the left hand falling ties to the Emerald Tablet and the counter-clockwise motion of the crescents of light moving around the spheres. So, so-called magic or sorcery ties to the iconic imagery as well, which makes sense in light of Satan's desire to take all things good and twist or pervert them to lead man to exalt himself instead of praising God. Which explains to me why the Egyptian magicians had power to perform miracles at all --understanding the nature of the universe sufficiently to work similar to but not exceed the power and excellency of God and the knowledge/power He gave to his prophets: Abraham & Moses in particular. Great illustrations!