What The Prophets Saw

It’s this author’s contention that all the prophets saw the same vision: Ezekiel, Daniel, John, Lehi, Nephi, Moses, Abraham and even Joseph Smith. It’s the “One Vision” given to all who qualify, as near as I can determine.

We mistakenly assume they each had a different revelation because each account seems unique. Not so. They saw the same things, but described them in different terms or focused on specific elements of the greater vision to the exclusion of the remainder.

Prophets created a narrative to explain what they saw in terms that their contemporaries could understand. The variations in their accounts are a function of the cultural traditions of the society and era in which they lived. They had to use imagery common to the culture they lived in so that their message would be better understood.

We fail to see the commonality of prophetic accounts because those traditions have been wholly expunged from our culture. We know virtually nothing of the cosmological events that dominated the imagination of ancient cultures the world over, nor do we have any comprehension of the metaphors and icons those events spawned.

Yet, someone from ancient times, in whatever culture, would have easily understood those common elements. They all shared them in one form or another. It’s we, living in modern times, stripped of any knowledge of what actually happened in Earth’s ancient skies, who are ignorant of these things. The imagery entirely escapes us.

It’s like the “One Story” told by nearly every ancient culture the world over. In fact, that universal story is derived from many ancient sources because no single culture’s tradition tells the whole story. Only by assembling elements from various traditions can we see the whole story, a task easily accomplished using comparative mythology and an alternate view of ancient cosmology. 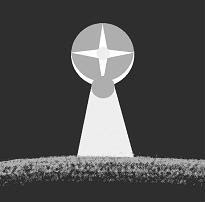 The prophets, upon seeing this remarkable vision, quickly realized that they were witnessing the genesis of all ancient lore, the archetype from which sprang all cultural religious tradition. They were overwhelmed by its magnificence, splendor and majesty.

And what was that vision? Well, while no one illustration or even animation can approach what the prophets saw standing in Earth’s ancient heavens, this animated video clip may give you some idea.

This vision was a presentation of the planetary history of our Earth in a “grand constellation of worlds,” as Orson Hyde put it (See “A Knowledge of the Stars.”), when our planet was thought of as God’s “footstool” (Doctrine and Covenants 38: 17.) and the greatest of these proximate planets was called the “throne of God,” as Pres. Brigham Young put it, and “Kolob” by Abraham. Its reality was accurately and tellingly illustrated by Joseph Smith when he made this drawing for Philo Dibble. 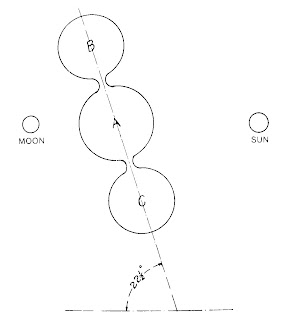 Where do you stand?

I will need to read a lot more to even begin to understand this. How did you find the information on the ancient heavens? I can't find any, but I do work full time and have very little time for research. Can you lead me to library books (can't afford to purchase)? If so, please place on next blog.

How? I looked everywhere. Cultivate a thirst for knowledge. That's the beginning. I suggest you begin where my journey began, with Velikovsky. Since "Worlds in Collision" was a best seller in the 1950s, you can find it in almost any library. An Internet search will probably turn up something in that vein. Online, you can go to Talbott's website (www.thunderbolts.info). Of course, you should read as much of Joseph Smith's writings as possible. Good reading.

I'm interested to learn more about this idea of "Ancient Heavens" you keep referring to (both in this and the previous post). However, I find this article very difficult to follow. You claim that they saw something different, something about planets lined up over the North pole, but there's no clear explanation. The animation seems well done, but I don't really know what I'm seeing, and the text doesn't explain. Where is the evidence for what you're asserting? The drawing is cool, but where's the quotes from Joseph to go with it? The scriptural backing? The quotes from other brethren?

Forgive me if you've answered these questions elsewhere, but I was unable to find them. The closest I came was your other site with links to PDF's of a magazine. Its a pain to go through and find the article in each one. Is there a better source? If so, where is it?

The answers to all your questions are in the many other articles on this blog. Be patient. Read on. All your questions will be answered. You may also wish to obtain my books, which have additional information. If, after reading all that you still have questions, drop me a line via email or give me a call. My address and phone are both on my website. Thanks for your interest.

Here's a reference to Philo Dibble's statements concerning Joseph Smith's vision of the three degrees of glory - see Philo Dibble and the Three Degrees of Glory.